The stadium was built in the Ras Abu Aboud district located in the eastern part of the Qatari capital. The venue erected on an artificial promontory is a temporary structure that will be dismantled after the end of the 2022 World Cup. Never before has a World Cup stadium been closed immediately after the event.

The design of the arena was unveiled by Fenwick Iribarren Architects on November 26, 2017. The general contractor was announced on May 28 of the following year. It was a Qatari company HBK Contracting.

Environmental operations related to the preparation of the site for the construction began in mid-October 2017. All earthworks were completed by July 2019. Then the first batch of shipping containers arrived, ready for installation.

The main works started on November 1, 2019 and proceeded without major disruptions. The applied engineering solutions resulted in the completion of the main structure of the arena in March 2021. A month later, the turf laying process began. In the end, less materials were used than in the case of traditional construction. This was achieved thanks to the installation of ready-made components.

From the disclosure of the design to the end of construction, the facility was named after the district in which it was built. The name was changed to Stadium 974 during the virtual opening ceremony on November 20, 2021. The new name refers to the number of shipping containers used to build the arena. It is also the area code of Qatar. The first match was played on November 30, 2021 as part of the Arab Cup 2021.

The stadium was built on a rectangular plan with clearly rounded edges. From the outside, the venue gives the impression of being made of giant Lego bricks in various colours. Such an effect was achieved thanks to modular steel elements and containers that serve as the back-up facilities of the stadium. The entire project is a tribute to the nearby port and Doha's maritime traditions.

The 40,000-seat auditorium is divided into two levels separated by a strip of boxes. The top tier of the stands overlooks West Bay and its skyscrapers. The air-conditioning problem of the stands is solved by itself thanks to the stadium's location by the bay, which provides a refreshing breeze.

After the 2022 World Cup is over, the venue will be deconstructed and its components such as the roof and seats will be used in other sports building projects outside Qatar. After dismantling, the site will be cleared and turned into green areas. 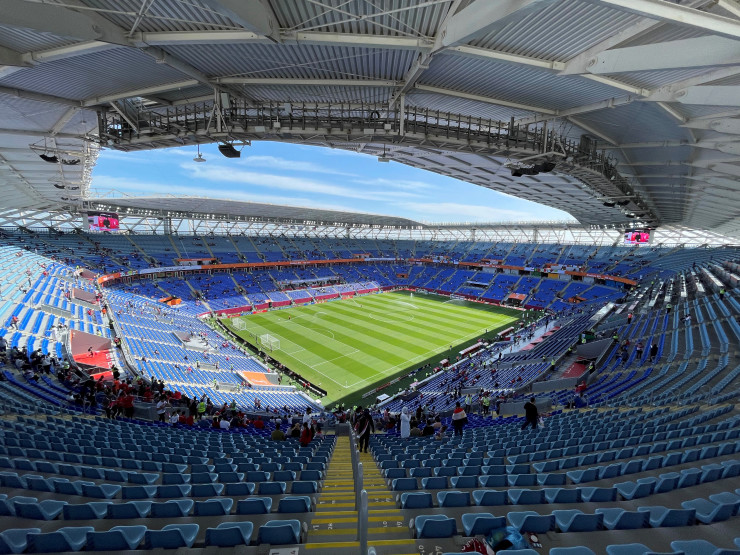 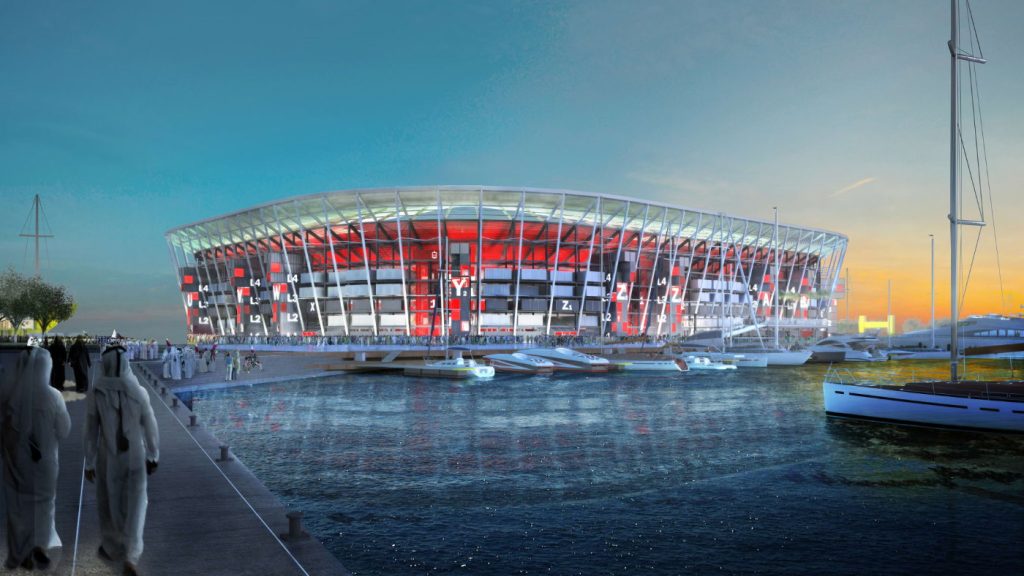 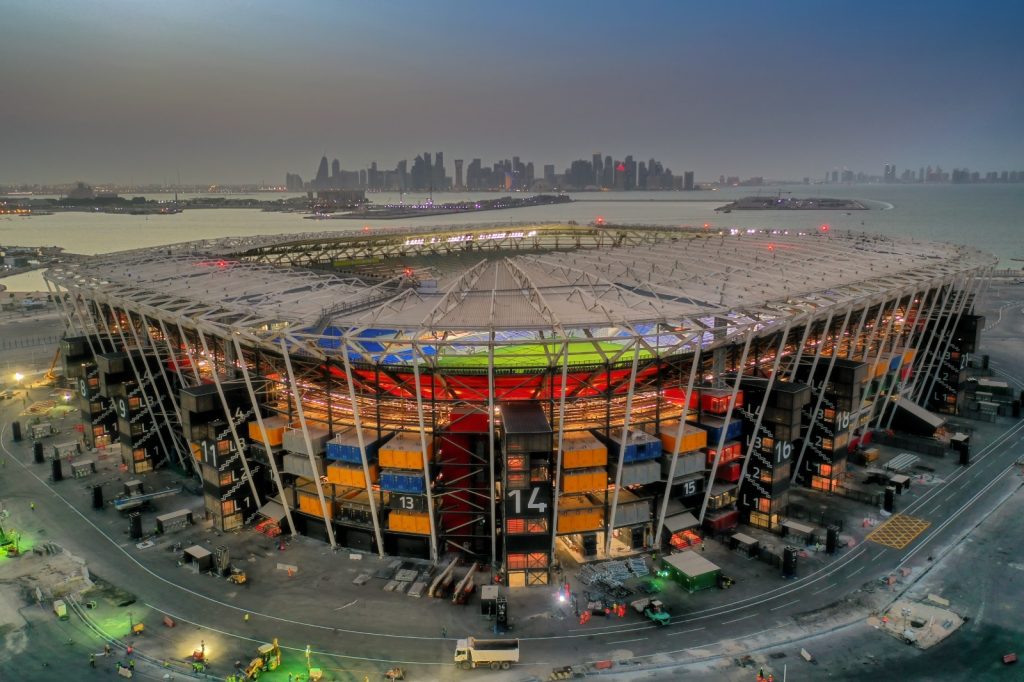 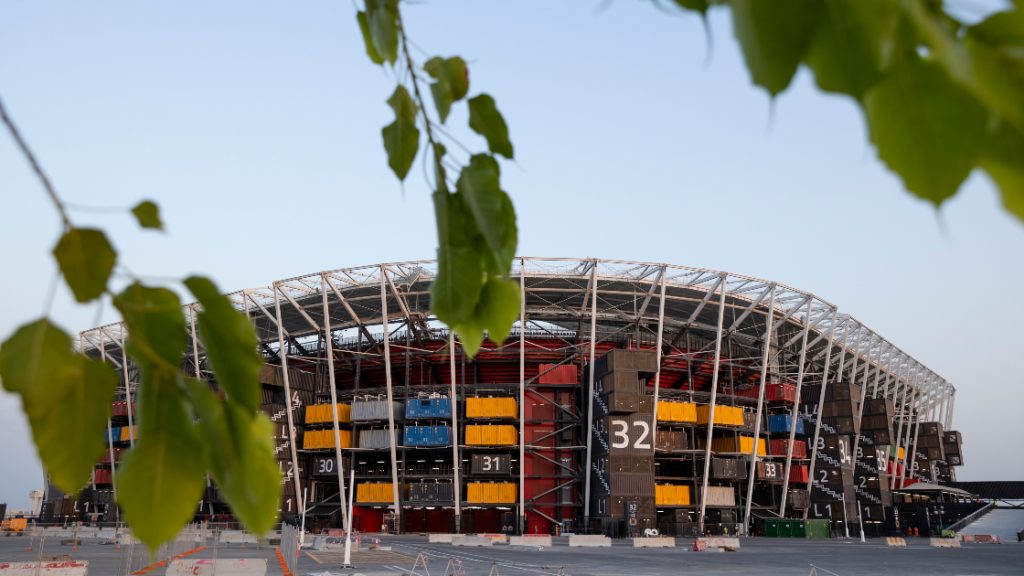 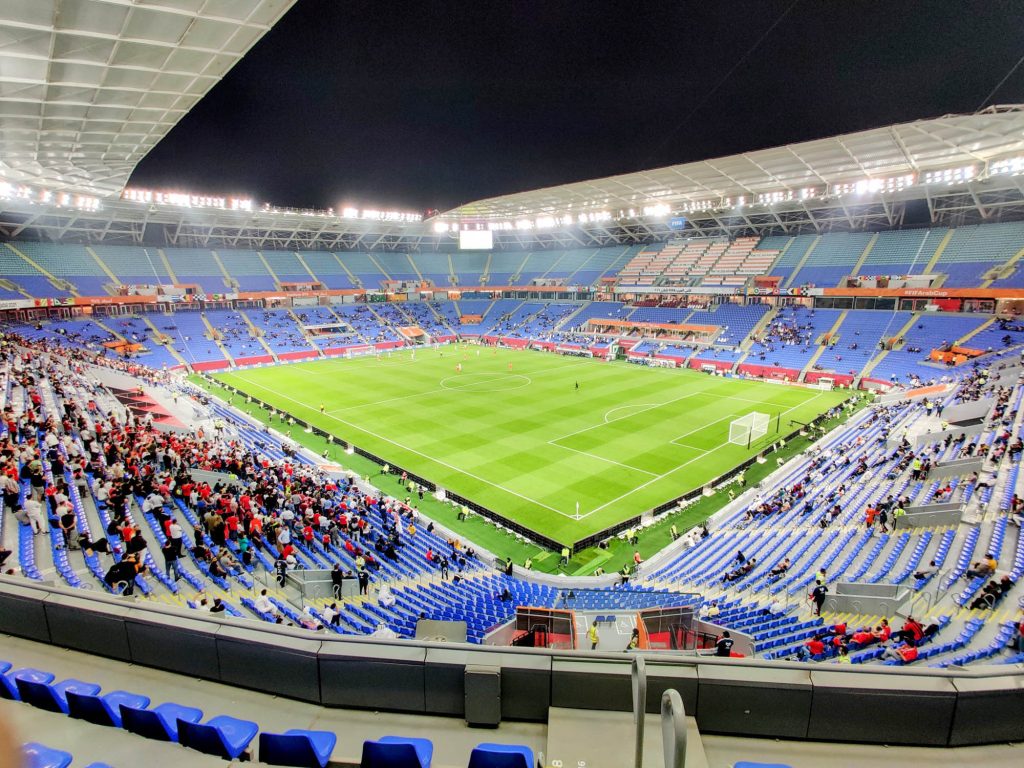