Khalifa International Stadium was built in 1976. It is the largest arena in Qatar. It's the heart of Doha's largest sports education center, located in the western district of Al Aziziyah. It saw some of the greatest events, including Asian Games 2006 and various internationals. Of course main use was still provided by Qatar National Football Team.

In 1984 the venue was reopened after minor renovations. Between 2003-2005, major alterations were put in place with a brand new cable net fabric roof over the western stand. The eastern stand received an arch over it for lights systems. Facilities include two swimming pools underneath the south stand and a car park for 150 vehicles.

With Qatar being announced host of the 2022 World Cup, yet another major overhaul was envisioned. The Stadium was to reach capacity of 68,030, but that plan has later been revised. With no legacy need for a venue of that size, capacity was instead reduced to just 48,000, even despite additional upper tier above the east stand.

Completely new functions have been planned underneath the improved structure: 10,000 m2 of retail space, further 10,000 m2 of VIP/corporate hospitality zones. And that’s not even half the new space, because floor surface of the stadium is likely to grow by 48,000 m2, including the freestanding Qatar Olympic Museum next to the stadium, connected with a pedestrian bridge.

The stadium had its iconic roof rebuilt entirely with new arches, this time on both sides of the stadium, each rising to roughly 120 meters! Beneath the cable tensile structure new cooling system was implemented to guarantee optimal viewing conditions.

How to get to Khalifa International Stadium

Khalifa International Stadium is located in the west of Doha at roughly 10 kilometres from central Doha (e.g. the Souq Waqif and Corniche), and 18 kilometres from The Pearl development further north.

The stadium can be reached by metro. Station Sports City is one the newly opened Gold line that runs through central Doha. 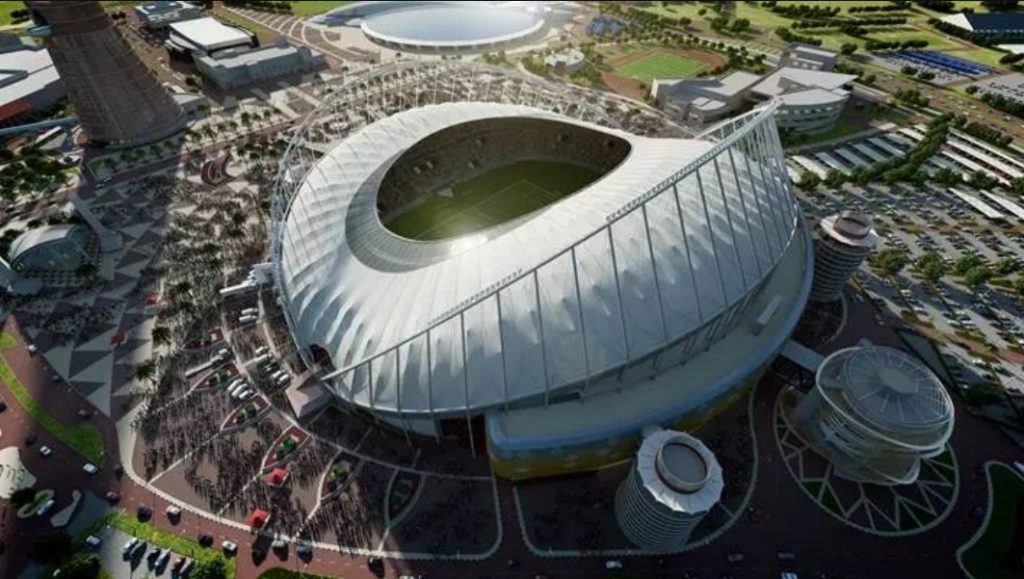 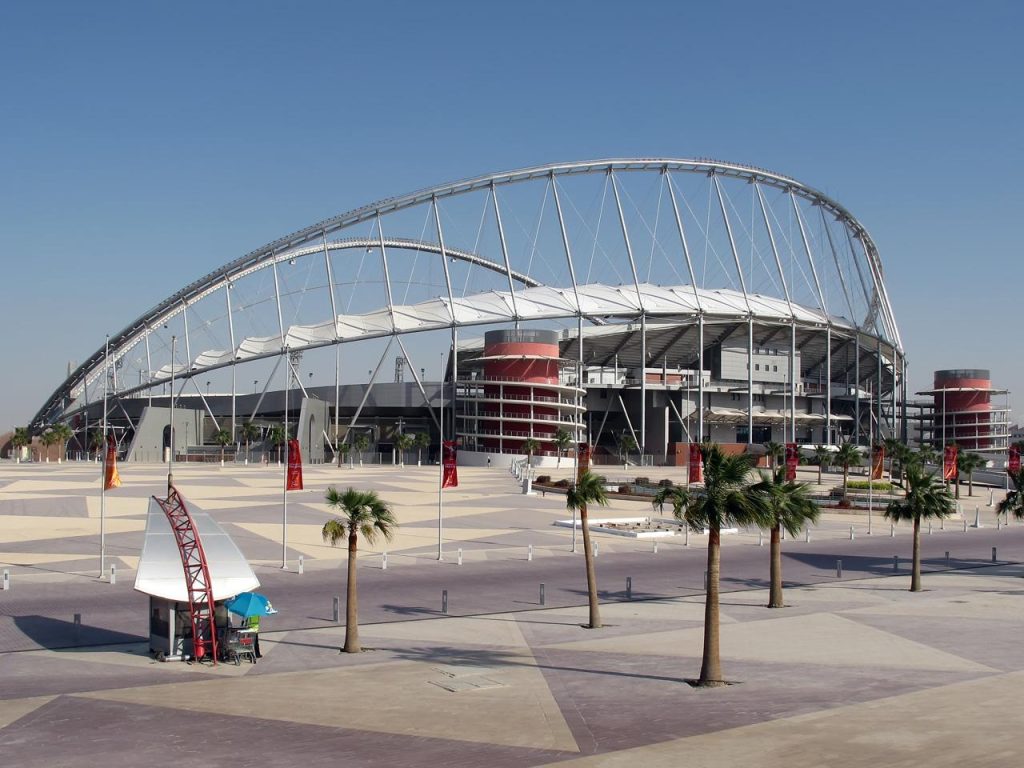 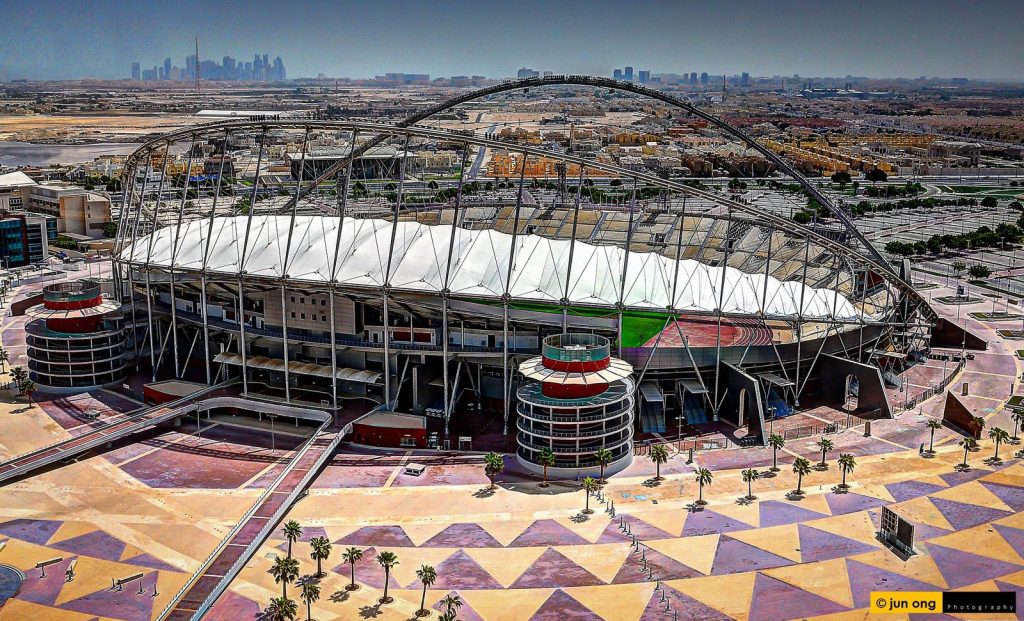 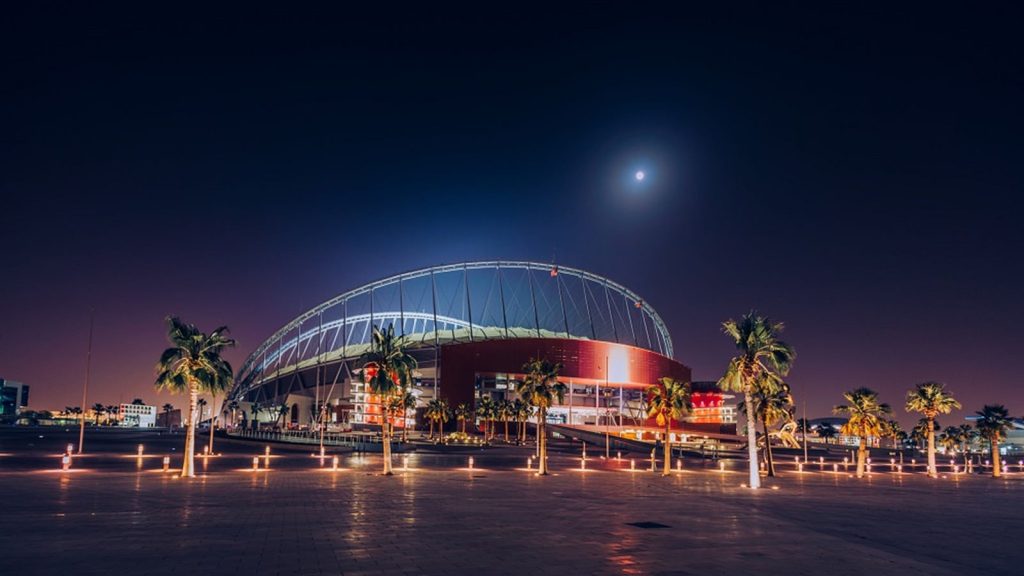 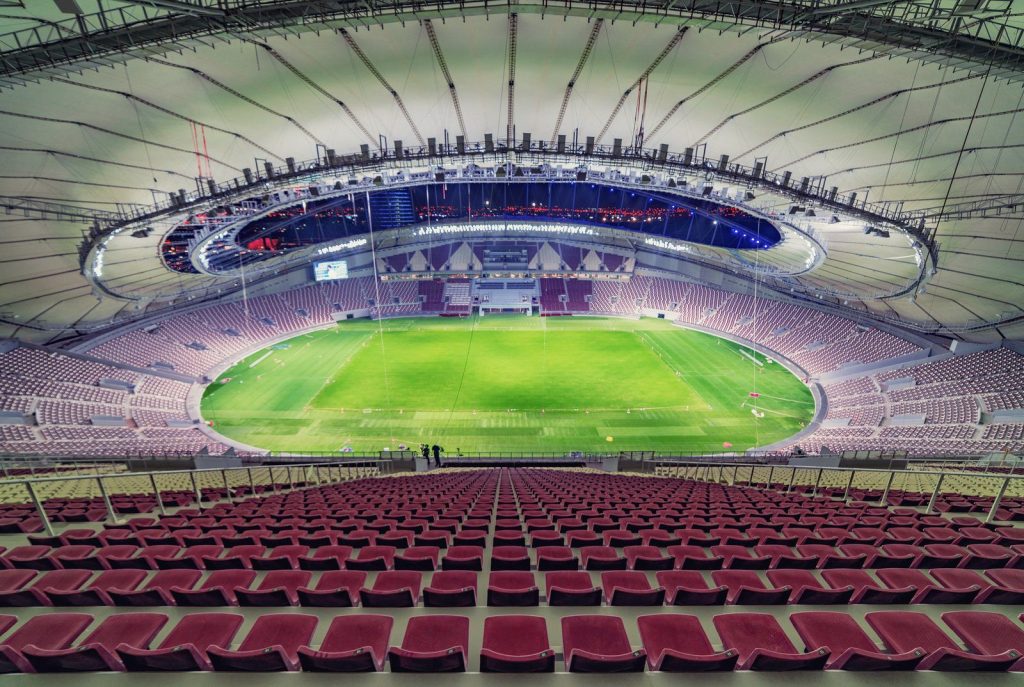