The stadium was built in Al-Rayyan, 15 kilometres away  from the city centre of Doha. The facility is easily accessible by public transport, especially by underground lines. Education City Station is just 500 metres away.

On December 2, 2014, the stadium design was presented. Construction formally began in 2016, but preparatory works continued from 2013, when over 650,000 cubic metres of desert soil began to be cleared from the construction site. In July 2018, the main concrete structure was completed, which gave an overview of the final shape of the venue.

Roof's big lift started in November 2018 and by July 2019, both the roof and the facade were ready. In the same year in November seats were installed. June 15, 2020 was the official day of completion of construction works.

The enclosed outer shell is shaped to resemble a diamond, highly reflective during the day and illuminated with thousands of diodes in the night. It also enables better thermal control of the interior, where conditions, regardless of the weather, guarantee the comfort of watching the match at a temperature of 24-28 degrees Celsius. The stadium was built slightly lower than the ground level, which has a positive effect on thermal insulation and temperature control.

The auditorium was divided into 3 levels. The highest one will be dismantled after the 2022 World Cup, reducing capacity to around 25,000. The seats will be donated to developing countries.

The stadium has 39 sky boxes, each of which can accommodate from 9 to 36 persons. Each of them has its own kitchen. In addition, the Education City Stadium has 6 media pavilions and a conference room for 150 people.

The roof of the stadium is covered with metallic panels and the whole structure is arranged in a diamond pattern. The canopy consists of tensile steel cables, which serve as a basis for segments of steel truss. The outer part of the building is decorated with 5,200 triangles connected with each other in shapes resembling diamonds, and their colours change depending on the angle of the sun's rays. This is why the stadium is called "Desert Diamond". The facade is lit at night with LED diodes and is equipped with solar panels that supply the stadium with 20% of the energy needed

On a daily basis, when the venue is not in use, electricity from photovoltaic panels supplies the nearby sports, educational and medical facilities. Education City Stadium saves around 55% more water compared to traditional stadiums thanks to its low-flow plumbing. Near the facility, a swimming pool, a surfing hall, a golf course and a medical centre were built. 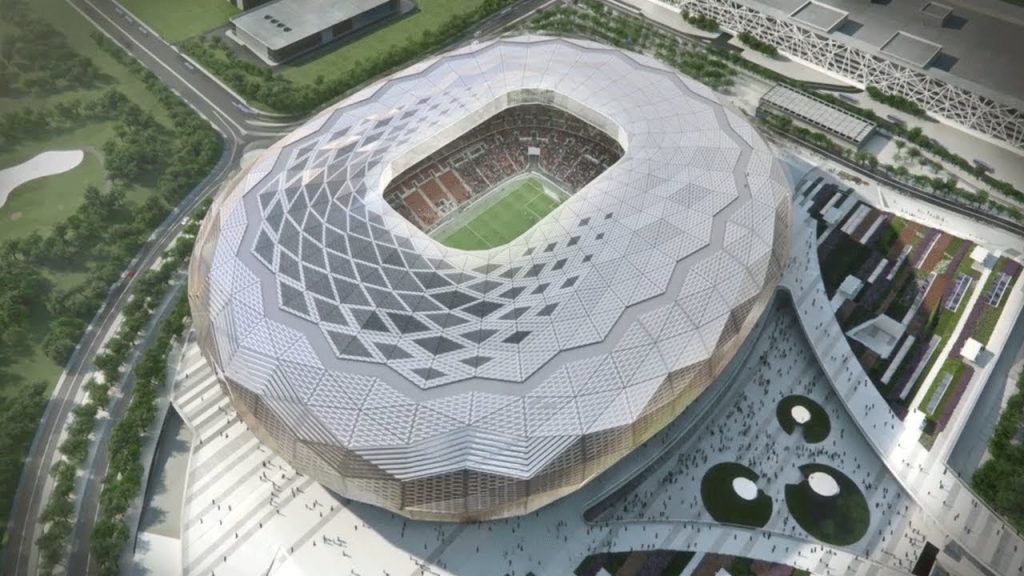 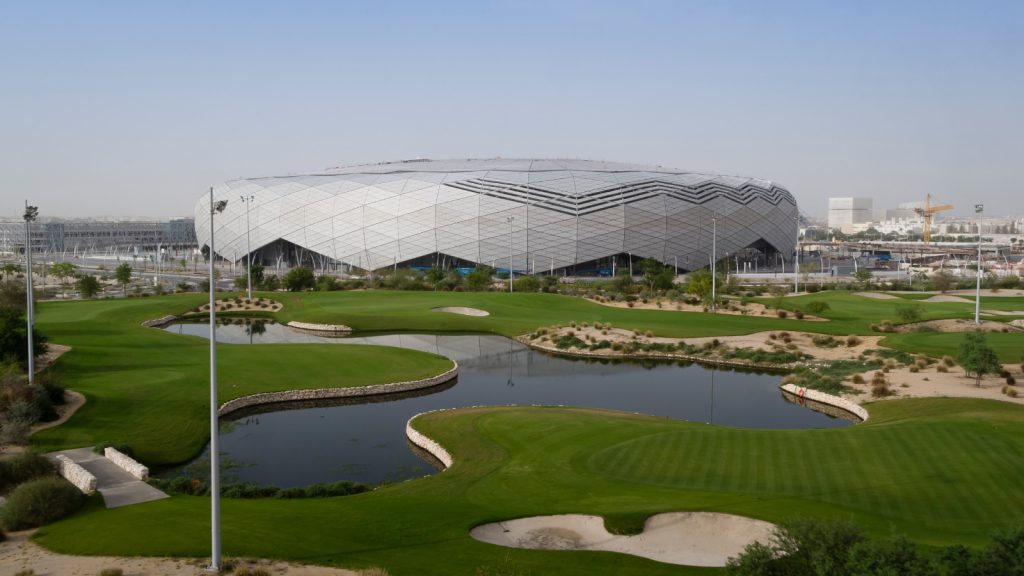 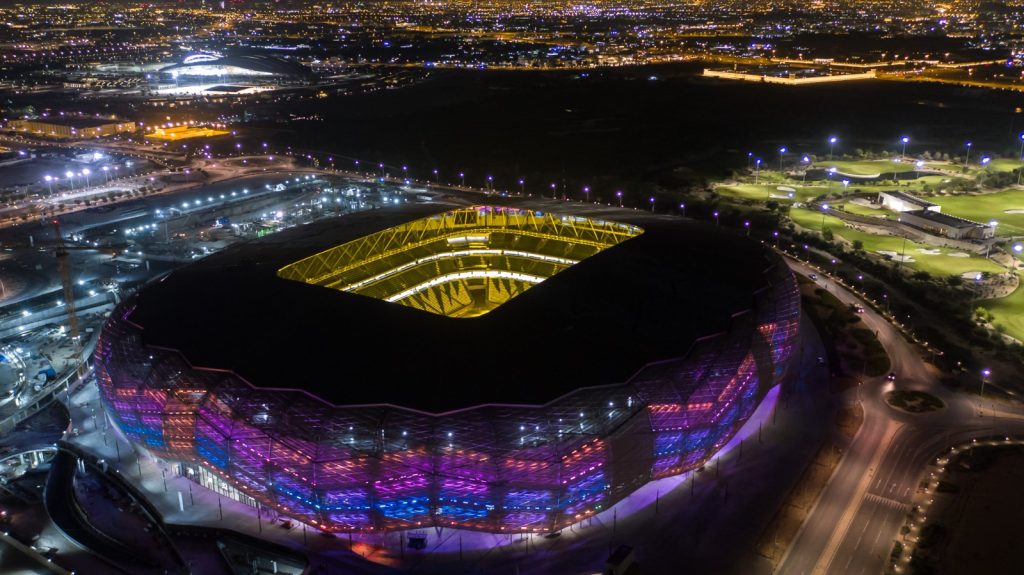 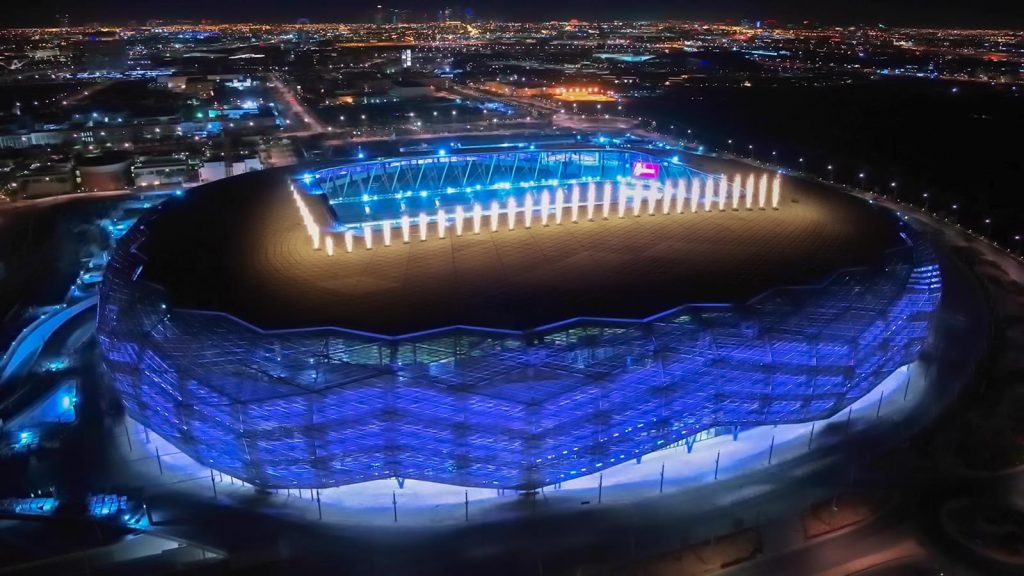 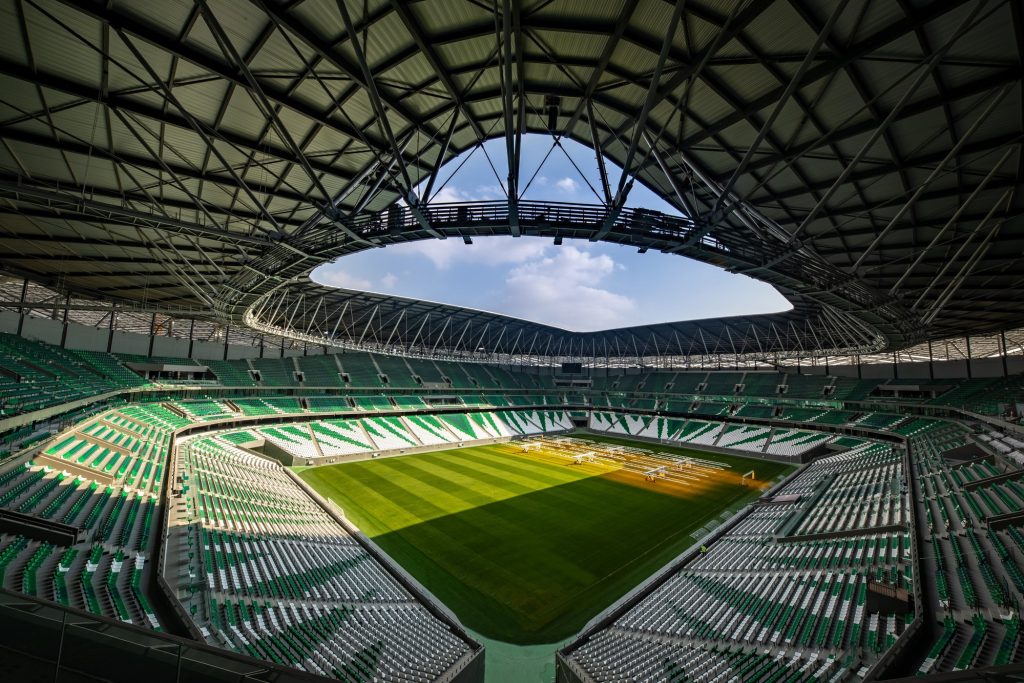