The stadium was built on the site of the former Ahmad bin Ali Stadium in Al Rayyan, a municipiality 20 kilometres west of Doha. Due to its surroundings, the venue is sometimes referred to as the "gateway to the desert". Al-Rayyan Stadium is located next to the largest shopping centre in the country. It is well connected with the capital thanks to the nearby Al Riffa underground station.

According to the original plans from 2010, the facility in Al Rayyan was to be kept for the 2022 World Cup. It was then only a 7-year-old stadium, considered one of the best in the country. It was planned to add about 20,000 temporary seats and thoroughly revamp its existing infrastructure.

However, in 2014, a decision was made that it would be more advantageous to demolish the facility and build a new one from scratch. 90% of Ahmad bin Ali Stadium has been used in other venues (floodlights, seats, transformers) and in the construction of the current World Cup arena (recycled rubble), which is located on the same site. Some elements were also donated for arts projects.

The demolition of the old stands started on September 30th, 2014. The operation lasted six months. Crushed concrete became the building material for the new stadium. Even the soil excavated for the removal of the foundations was either sold for reuse or saved for landscaping after the construction of the new facility

The design of the new stadium was presented in April 2015. Originally, the Al-Rayyan Stadium was scheduled to be commissioned in March 2019. Later, however, the completion date was postponed several times. Finally, the investment was completed at the end of 2020, and on December 18th, the first match was played on Qatar's National Day.

The permanent capacity of the venue is to be 21,000, and the temporary capacity for the 2022 World Cup will be 40,740 seats, manufactured in Qatar and Poland. The colour scheme and lion symbols behind both goals relate to the Al-Rayyan SC identity. After the tournament, the modular upper tier of the facility will be dismantled and the seats will be handed over to other sports venues in Qatar and abroad. The temporary upper sections and roof consumed as much as 9,000 tons of structural steel, prefabricated and imported from China.

The concept developed by Pattern Design combines a simple, compact body with a sophisticated façade in the form of a light mesh and roof, based around a distinctive steel ring, the area of which is 32 700 square metres. Thanks to that, the building gains dynamics in visual reception, and at the same time has a relatively uniform, almost rectangular structure. Interestingly, initial roof design suggested four traditional trusses anchored in each corner, a solution that was later scrapped entirely.

VIP zones will be located at the top of the lower tier. Hospitality and service zones will be partly situated outside the stadium in dunes-like structures. Dunes are the original inspiration for the stadium, slightly undercut by practical issues. The stadium had to include external towers for upper tier crowd circulation, but that - inadvertently - became an association with the original Ahmed bin Ali Stadium.

The most characteristic element of the stadium is the illuminated facade with an area of 39,000 square metres, which consists of multimedia screens covered by a translucent metal screen. The appearance of the facade refers to the values of Qatar, as well as elements typical for the landscape of this country. The pattern is thicker around the base and becomes more ephemeral at the top.

The themes that appeared on the metal screen include: family values, the beauty of the desert, native flora and fauna, local and international trade. All these motifs are linked by the last element, the shield. It symbolizes strength and unity. These patterns will not shut off sunlight to the backyard area of the stadium. The sun will power the solar panels located on the roof, which will help in the daily maintenance of the facility.

The venue uses environmentally friendly cooling (DC) technology via a central station with a cooling capacity of 16,000 tonnes. The station supplies chilled water to the stadium through the power station and from there to the large number of air treatment units deployed on the site to provide the required temperature for the stand and pitch area. At the same time, the building is 20% more energy-efficient compared to other ones of this type, and it also uses 20% less water.

After the World Cup, the area around the stadium will be used as a regional sports and recreation centre. It is planned to make available to local residents, among others, six football fields, cricket field and horse riding track.

How to get to Ahmad Bin Ali Stadium

Ahmad Bin Ali Stadium is located in the suburb of Al Rayyan on the eastern edge of the Doha metropolitan area. The distance to central Doha is about 20 kilometres.

You can easily reach the stadium from central Doha by metro. Metro station Al Riffa is located a short walk away from the stadium. It is the last station on the newly-constructed Green line, which can be boarded in central Doha. The journey from Al Bidda station takes about 25 minutes. On the way, you pass Education City Stadium in Al Rayyan.

From destinations further north along the bay such as The Pearl a transfer is required from the Red line. Transfer at Al Bidda station. 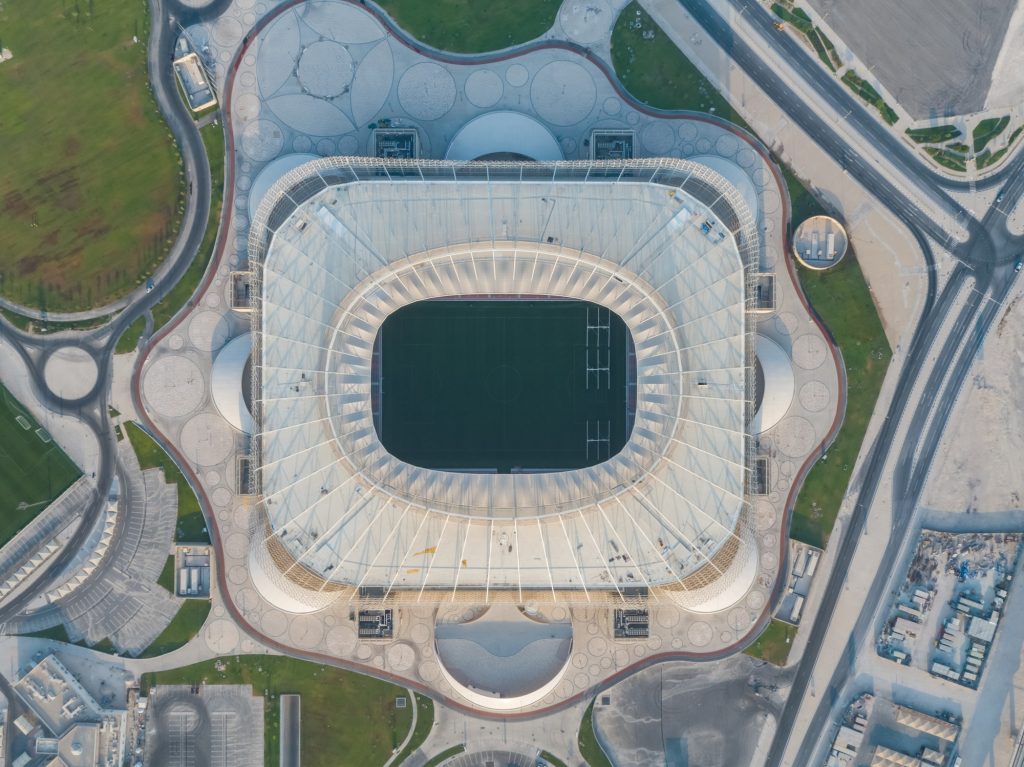 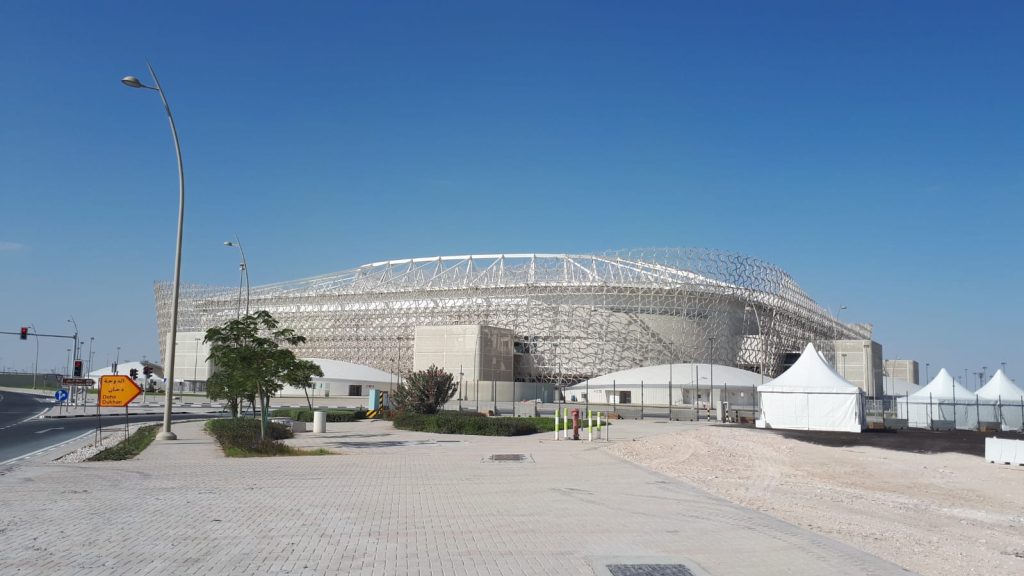 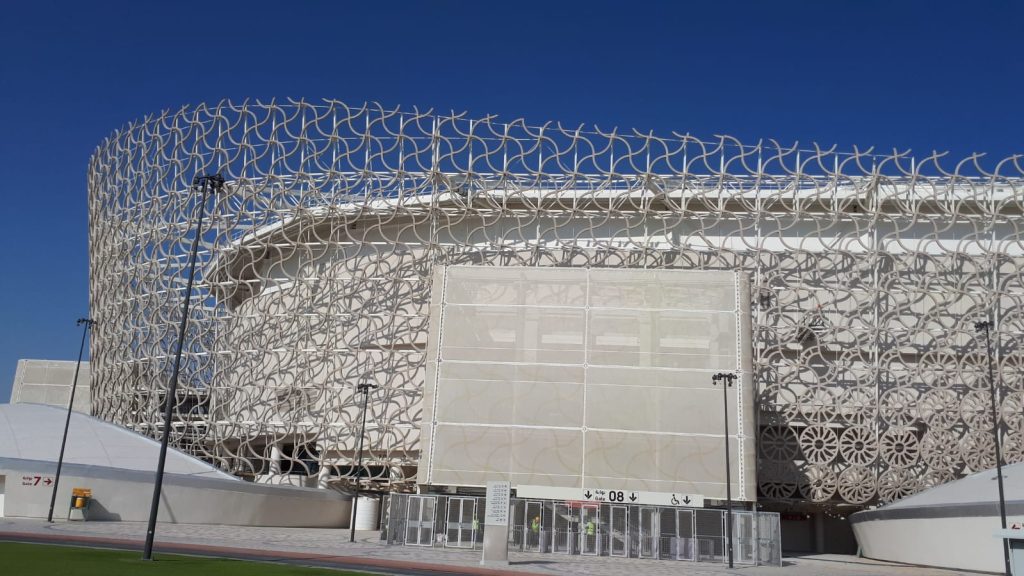 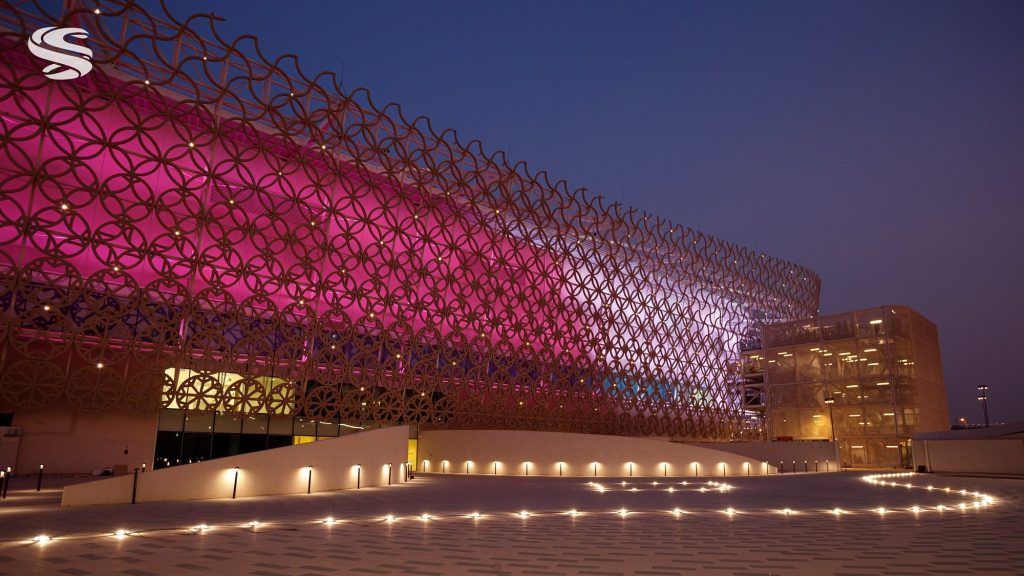 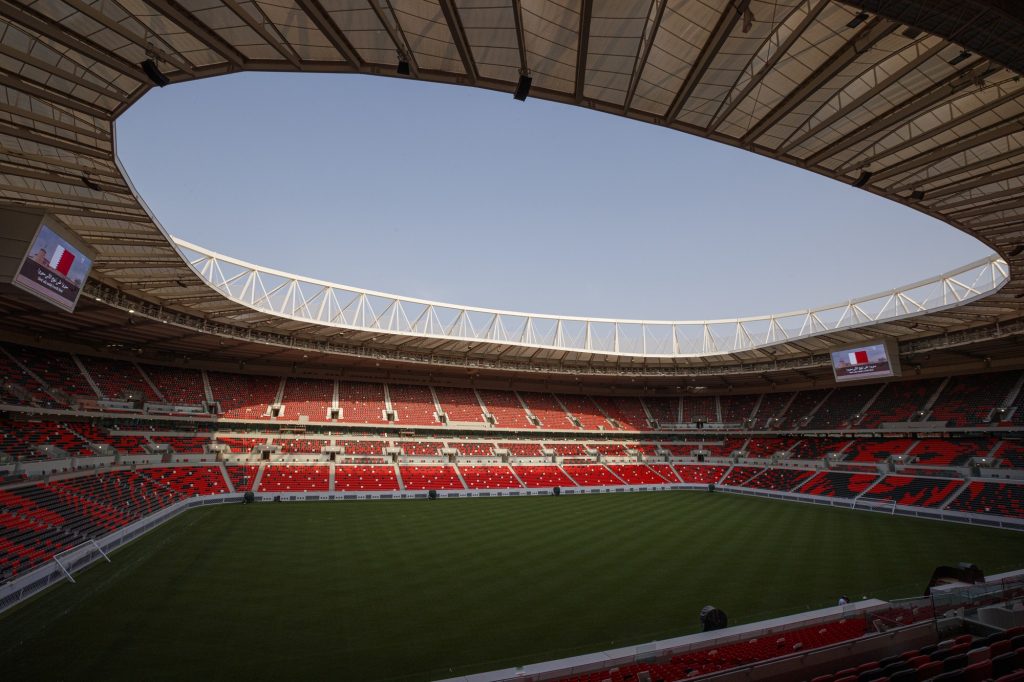