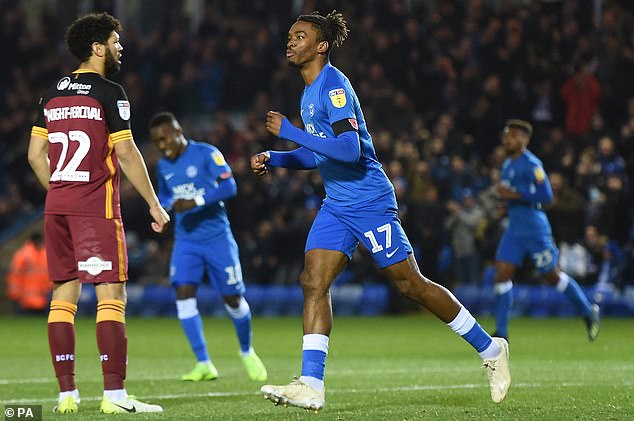 Barry Fry still remembers the only time he fell out with Ivan Toney. It was deadline day in the January transfer window and Barnsley wanted to buy the Peterborough striker.

Toney, flanked by his father and his agent, trooped into the office and begged Fry, Peterborough’s director of football, to let him leave. Fry refused.

‘I said to his agent he’s miles better than Barnsley,’ Fry says. ‘No disrespect to Barnsley but if that’s the only club you can find for him, if I was Ivan, I’d sack you! Ivan’s better than that.’ 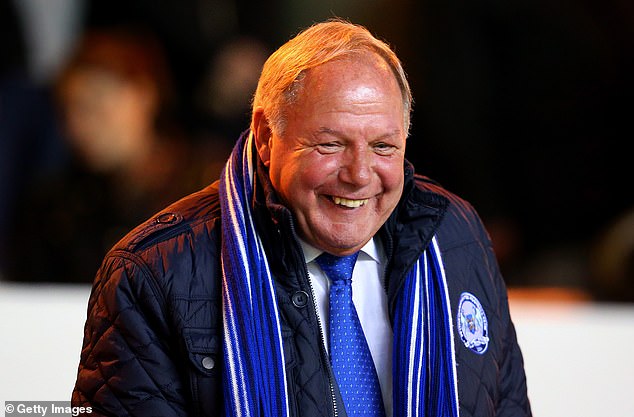 But Posh director of football Barry Fry blocked the move, believing that Toney could do better

Fry reminded Toney of that conversation when he phoned the Brentford frontman on Thursday to congratulate him on his England call-up. ‘I said I bet you’re glad I never let you go to Barnsley!’ Fry recalls.

‘I bump into his dad now and again and I remind him that he wanted to beat me up. I wasn’t his cup of tea then but it’s all smiles now. Everything turned out all right.’

The heart of this little story, Fry tells The Mail on Sunday, is what happened next. The decision frustrated Toney. Barnsley were in the Championship, Peterborough in League One. Barnsley could offer more money. When he joined Peterborough, Fry promised he would not stand in his way if the right opportunity came to move up. Toney thought it was the right opportunity. Fry did not. 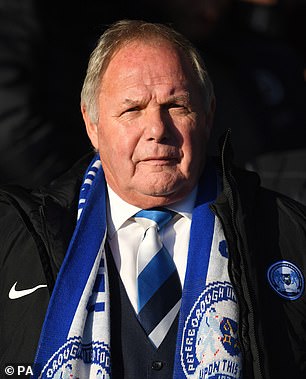 Yet, despite it all, Toney’s dedication never wavered. ‘He was obviously disappointed but as soon as the window closed, he ran through brick walls for us,’ says Fry.

Seven months later, having finished the season as the top scorer in League One with 24 goals, Toney joined Brentford for £5million. He got them promoted. Now, he is shining in the Premier League and on the verge of becoming an England international.

Fry’s only real surprise is that Manchester United did not ‘break the bank’ to sign him in the summer.

‘He will not change. He’s got his feet on the floor. He’s not a Big-Time Charlie who got his move, became a millionaire and thinks he has done it. He ain’t done yet and that’s the beauty of Ivan Toney.’

When you speak to those who helped shape Toney’s career, they all talk of that personality: a humble leader in the dressing room, a young man with an unwavering belief in his ability, even in the face of rejection and setbacks, and the dedication and desire never to stop improving. 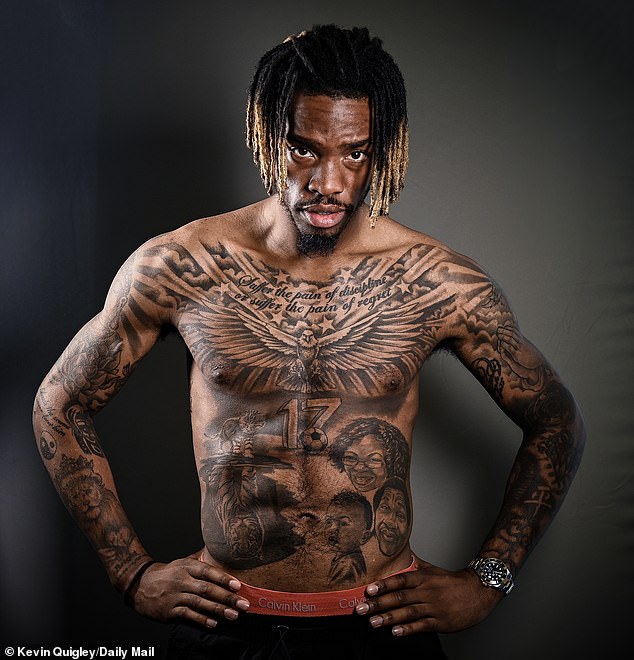 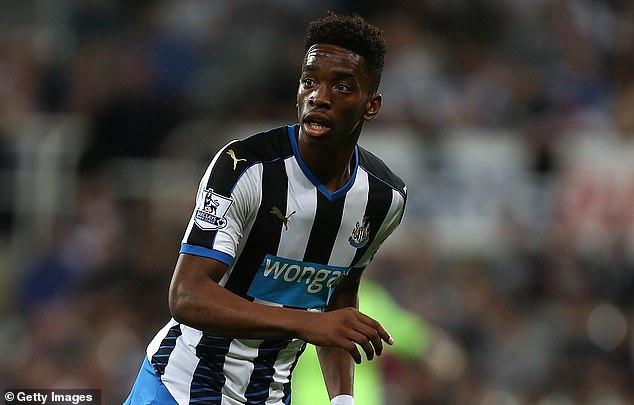 It has not been an easy journey, far from it. Rejected by Leicester aged 14, a debut at 16 as the youngest player to represent his hometown club Northampton Town, was followed by a £250,000 move to Premier League side Newcastle three years later.

That should have been the springboard but, instead, he was slung around the lower leagues on a bunch of loan spells: Barnsley twice, Shrewsbury, Scunthorpe, Wigan, Scunthorpe again, before, finally, a permanent move to Peterborough.

Toney feels he was never given a fair chance at Newcastle by Steve McLaren and then Rafa Benitez.

‘The day he left Newcastle was probably when he felt his career was back in his own hands,’ Graham Alexander, who managed Toney in two spells at Scunthorpe, tells The Mail on Sunday. 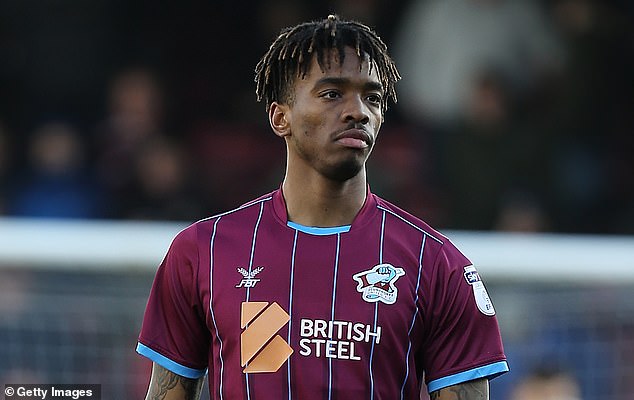 The striker was loaned out six times while at St James’ Park, including twice to Scunthorpe 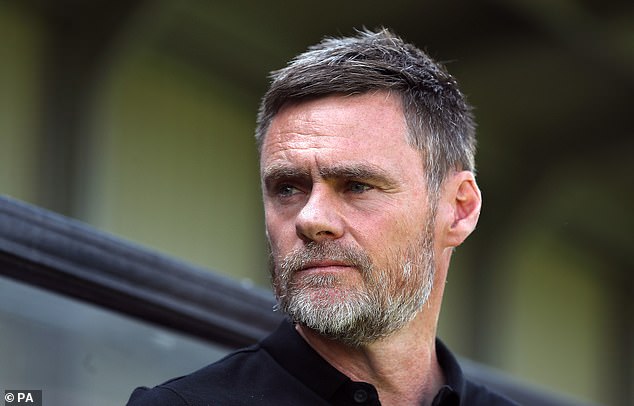 Yet in Toney’s mind, doubts never lingered. Nor in the minds of those who coached him, either.

‘Ivan always had the attributes to go all the way,’ says Micky Mellon, Toney’s boss at Shrewsbury Town. ‘It was never if he was going to put them all together, it was just a matter of when. He was a young man holding his own in men’s football.

‘You could see he had everything. He had the mentality. Everything was to the max. He’d leave no stone unturned to improve. You could tell he was on the pathway to bigger things.’

Alexander recalls his first meeting with Toney at a coffee shop at Newcastle station. He’d seen him play for Shrewsbury against his Scunthorpe side and was impressed by how this young man had led the line on his own.

Once Toney had returned to Newcastle, Alexander hopped on a train to meet him after training. There was no agent, no entourage. Just Alexander and a 20-year-old with a clear mind.

‘My first impression was he was an old head on young shoulders. It felt natural talking to him and listening to him. He knew what he wanted, where he wanted to go and what he needed to do to get there. That’s quite unusual. That gave me the confidence to sign him.’

Toney fired Scunthorpe to the League One play-offs, only to lose to Millwall in the semi-finals. In January 2018 he returned, following an unsuccessful time at Wigan, for a sixth spell away from Newcastle in three years. 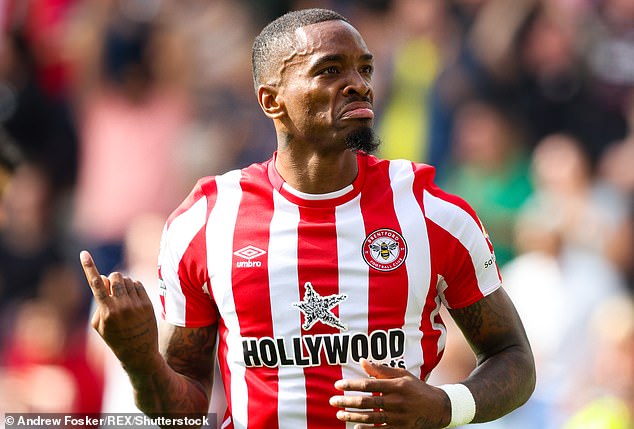 The odd spark of immaturity still flashed. During a defeat to former club Shrewsbury, Toney had tried to take a penalty off the club’s usual taker Josh Morris. The delay took so long, Morris eventually missed it.

It was Toney’s permanent move to the Posh in 2018 that allowed Toney to set his roots and grow.

‘When he came down with his father, I said to him you’re a little boy lost,’ says Fry. ‘You’ve been here, there and everywhere and you don’t feel as if you belong. You need stability.

‘We all need to be given a chance. He never felt wanted. We loved him, we made a fuss of him and gave him the stability he lacked at Newcastle. He was always packing a bag to go on loan. He needed someone to put their arm around him and believe in him.’

And now he is in the England squad with his eye on the World Cup. You would not bet against it, not after everything else he has come through. His team-mate Josh Dasilva knows he has the character to step up. 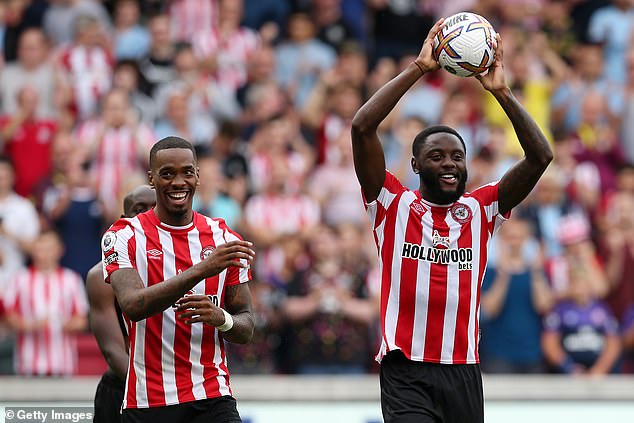 ‘Have you seen the way he takes his penalties? He’s got the personality for it,’ Dasilva said. ‘He’ll take it in his stride like he has done with everything else. He’s played in every division and he’s made it look like he’s been playing in the Premier League for years.’

With a penalty record as good as his, who better — alongside Harry Kane — to have over the ball if it comes down to a shootout in Qatar?

‘If he makes his England debut and, please God, goes to the World Cup and plays a part in bringing the World Cup back for the first time since 1966, it will be a Roy of the Rovers fairy-tale,’ says Fry.

‘No one deserves this more. He’s worked so hard. He can look himself in the mirror, see his own face and say, ‘Well done, Ivan, you’ve done this’. And it ain’t finished yet.’