By David Kent for MailOnline

Southampton and West Ham have got Austria under-21 captain Flavius Daniliuc on their radars.

The Premier League duo have been alerted to the defender, 20, who caught the eye during his debut season in top-flight football last term for French club Nice.

Centre-back Daniliuc began his career in Austria before earning a place at Real Madrid’s academy and then moving to Bayern Munich.

Daniliuc, rated as one of the most promising players of his age, joined Bayern aged 14, working his way up to their second string side and captained the under-19s along the way.

German champions Bayern wanted to extend his deal last summer but Daniliuc opted to leave and join Nice, then managed by Patrick Vieira, instead to kick-start his career.

That decision paid off with composed, intelligent and powerful defender Daniliuc gaining his first taste of senior football, making 26 appearances across Ligue 1, the Europa League and the French Cup last season.

Daniliuc still has three years left on his contract but also has fellow centre-backs Dante and Jean-Clair Todibo among his teammates so could move on – either on loan or permanently – this summer. 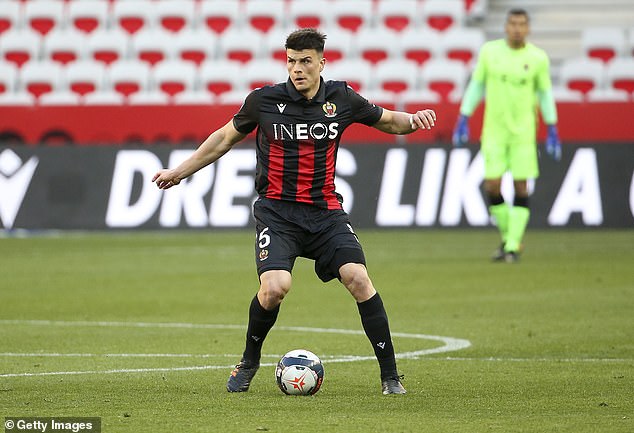 Barcelona prodigy Pedri is back in training just FIVE days after...

Conor McGregor is all smiles even while sporting crutches and a...

This website uses cookies to improve your experience while you navigate through the website. Out of these cookies, the cookies that are categorized as necessary are stored on your browser as they are essential for the working of basic functionalities of the website. We also use third-party cookies that help us analyze and understand how you use this website. These cookies will be stored in your browser only with your consent. You also have the option to opt-out of these cookies. But opting out of some of these cookies may have an effect on your browsing experience.
Necessary Always Enabled
Necessary cookies are absolutely essential for the website to function properly. This category only includes cookies that ensures basic functionalities and security features of the website. These cookies do not store any personal information.
Non-necessary
Any cookies that may not be particularly necessary for the website to function and is used specifically to collect user personal data via analytics, ads, other embedded contents are termed as non-necessary cookies. It is mandatory to procure user consent prior to running these cookies on your website.
SAVE & ACCEPT
MORE STORIES
Transfer News