By Riath Al-Samarrai for MailOnline

The entire British team that competed at the European Indoor Championships in Poland will have to isolate for 10 days after a member of the support staff returned a positive lateral flow test.

UK Athletics have confirmed the staff member tested positive for Covid-19 on Tuesday after Monday’s flight back with the full delegation, including the 46 athletes who competed in Torun.

The athletes’ period of isolation will be backdated to the last point of contact with the staff member – Monday – and it will come as a significant inconvenience to training ahead of the outdoor season. 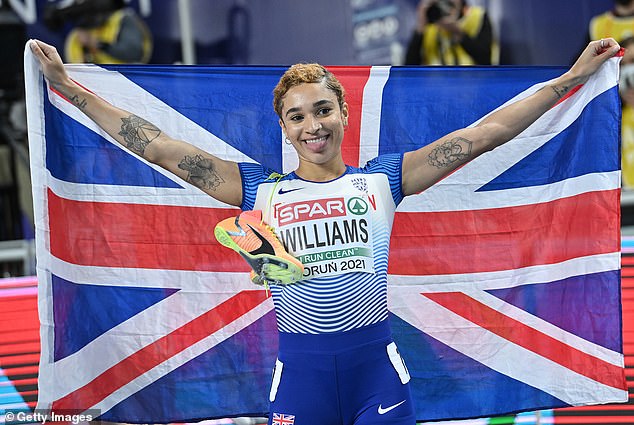 While it was an under-strength team that competed at the indoors, it did include a number of Olympic hopefuls such as Holly Bradshaw and Andrew Pozzi.

A UKA statement read: ‘British Athletics has confirmed that a member of the GB & NI team travelling party returning from Torun provided a positive lateral flow test on the evening of March 9.

‘This has been followed up this morning with a PCR test.

‘As a result, all members of the travelling party will now need to self-isolate for a period of 10 days from Monday, March 8 (ends Thursday, March 18) in line with government guidance.’

HOT OR NOT: Louis Rees-Zammit has Wales moving again

Joe Root was looking haunted before Trent Bridge – but it’s...

England may have got away with a draw after rain washed out the last day of the first Test but they are now...

Tokyo Olympics: Iuliia Kaplina left in TEARS after falling at the...

Khamzat Chimaev reveals fall-out with Khabib was sparked by comment that...

Will Manny Pacquiao Find Himself in The Same Position As Lehlo...