By his own admission, Ashley Williams was a rubbish waiter. He didn’t hate his part-time job at Drayton Manor theme park — not many 16-year-olds would mind free rollercoaster rides — but he wasn’t as pumped when working as a petrol station attendant.

Yet Williams would not change a thing about his journey, from juggling grassroots football with odd jobs to captaining Wales to the semi-finals of Euro 2016.

Williams spent his childhood playing in the streets with friends, knowing once the streetlights clicked on that it was home time.

That isn’t the way it works in the modern world and, as a father of three now, Williams felt he needed to find a safe environment in which his children could play with pals.

‘Watching the football is good, but what’s even better is getting out, playing yourself and learning the game.

‘For the last 12 months, kids are sitting at home, eating, playing on their iPads, playing their consoles. I know how difficult it is to get them out playing.

‘There is nothing better, in my opinion, than a team sport. These are free sessions, hundreds of kids will pass through it — it’s an unbelievable opportunity for parents.’

Williams is talking about McDonald’s Fun Football — a programme designed to provide kids aged between five and 11 with free access to football. ‘All kids can come, any ability, whatever the situation,’ he adds. ‘Come down, have a laugh and get some fresh air in the lungs.’ 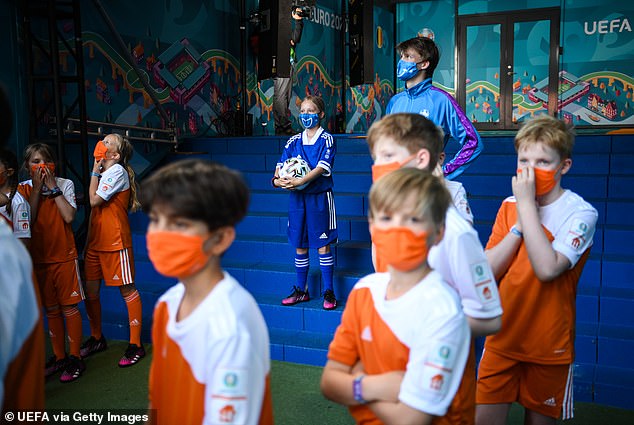 Williams started at six years old, playing for his local side, Belgrave Bullets in Tamworth, until the age of 14. ‘I remember my first game when I was six — it was on a full-sized pitch and I didn’t know what was going on.

‘I remember my dad standing by the goalpost and trying to help me. He was at all of my games, from when I was six to the last game I played as a professional.

‘As a parent, he could not have been any more supportive, and my mum. And that’s me now. That’s a big reason why I stopped playing — I wanted to take my kids to their games and be there on the sidelines encouraging them.’

From 14, Williams spent two years with West Bromwich Albion, before being released at 16. It was a blow but he then joined non-League Hednesford Town and started to enjoy the game again. ‘I made friends there at Hednesford that I’m still friends with today,’ he says.

Thankfully, Williams was picked up by Stockport County, then Swansea City, and that’s where he made it to the Premier League. He also captained the club to victory in the final of the League Cup at Wembley in 2013.

From waiter to Wembley to representing Wales at Euro 2016, Williams hopes his journey can inspire others to believe they can make it, too.

‘I was 18 and working at a petrol station, playing part-time football,’ says Williams. ‘Ten years later I’m in the Premier League. Do you know what the beauty of it is? When I look back, the journey is the enjoyable part. 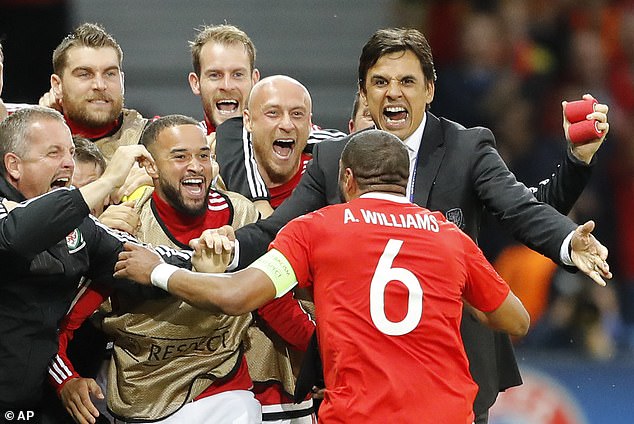 Once a waiter, Williams hopes story of captaining Wales to Euro 2016 semi-final inspires others

‘Once you get there and you’ve made it, you wish you could go back to the hunt again. The hunt for the Premier League. The hunt to win a cap. The hunt to make it to a major tournament.’

Williams feels a vibrant grassroots game in Wales is important for the future of the national team.

‘Some of the lads now are talking about where they were in 2016, watching us from their front rooms with their families,’ he says of the squad currently at Euro 2020.

‘Now they’re at that tournament themselves. If I could say anything to these lads now, I’d say, “You can make such an impact on people’s lives”. We had so many stories.

‘We were just playing football but we didn’t understand how much it meant to adults and to children. Kids in Wales watching this team now are going to be so inspired to go out, get their own football and be the next one.’

Miesha Tate Shows Off Incredible Transformation Ahead Of Return

Jake Paul insists he’ll be ‘too sharp, too fast, too powerful’...

Ralf Rangnick says he’s had no approach from England since Sam...