Tyron Woodley believes Jake Paul’s unbeaten record will come to a shuddering halt when they face each other – because the YouTuber’s camp have been hyping up his ability too much.

The former UFC champion is set to face the 24-year-old – who has defeated fellow YouTuber AnEsonGib, Nate Robinson and most recently Ben Askren in his three professional fights to date – on August 28.

Paul, however, has an immediate rematch clause in his contract should he lose to Woodley, who will be making his professional boxing debut in just over two months’ time. 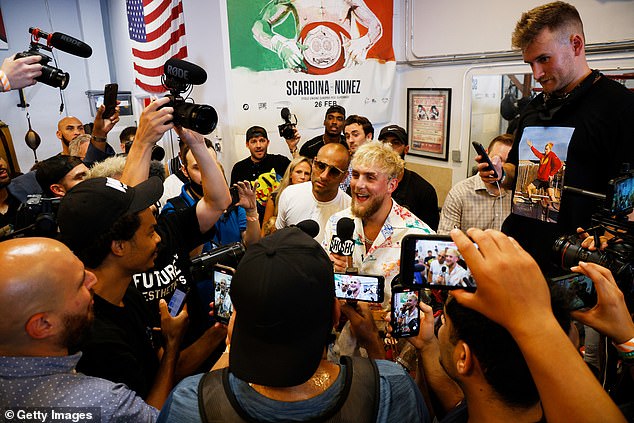 And it is a scenario that the 39-year-old – who has already declared that he is eyeing a third-round knockout – can see playing out when they meet at a venue which has yet to be announced.

But he also insists that will not be the end of his desire to fight the Paul family and is keen on facing his brother Logan.

‘At the end of the day, he’s gonna get beat up. He’s gonna get knocked out,’ Woodley told Michael Bisping’s Believe You Me podcast. 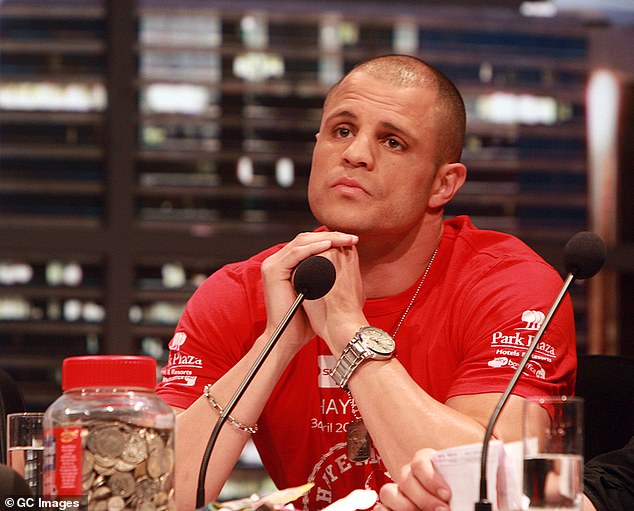 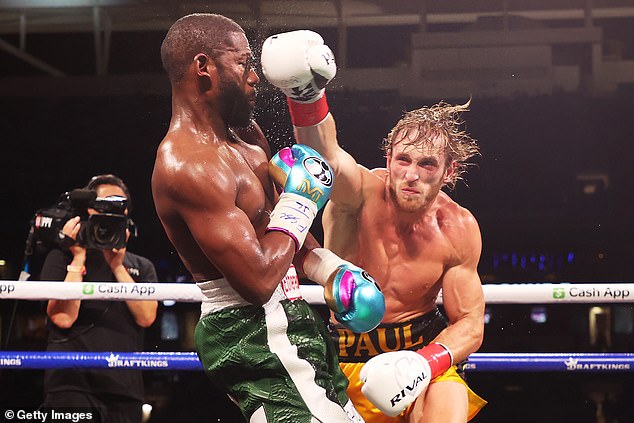 ‘They’re gassing him up, and they’re giving him that, ”You’ve got the power, he’s old, he ain’t won a fight a million years, you the younger, more hungry, he’s taking you lightly, you can beat him.” They’re lying to this kid, and they’re gonna get him f***** up.

‘So what’s gonna happen is, I’m gonna beat him, I’m gonna knock him out, and hopefully it’s not too bad where he doesn’t want to do it again because I want to take the money again.

‘I want to rob the bank twice. So that’s the plan. I really don’t have smoke with his brother Logan but s***, after he sees what I do to his brother, he might want to get the hands too.’

Woodley reigned the UFC welterweight division between 2016 and 2018, but is now without a win in three years. 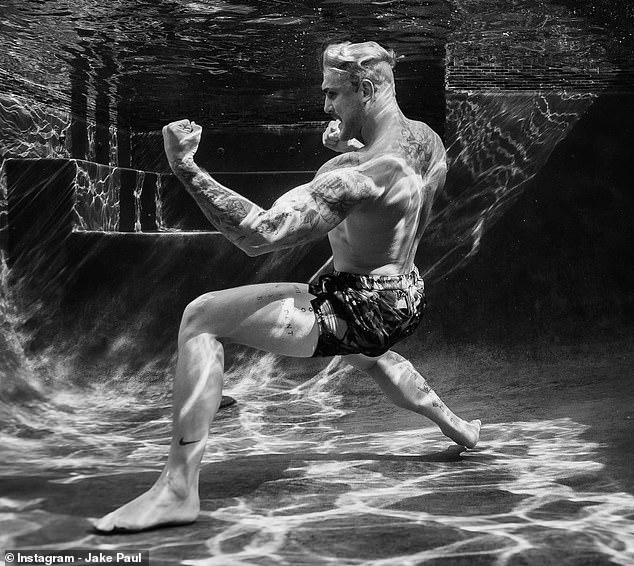 He was therefore let go by UFC in the aftermath of four successive defeats at the hands of Colby Covington, Kamaru Usman, Gilbert Burns and Vicente Luque respectively.

And Paul has promised to ‘drown’ Woodley with his ‘overwhelming’ qualities in the ring when they meet in the summer.

‘My pro fights haven’t lasted long, but in sparring, I love taking my opponents into deep waters and drowning them with my overwhelming cardio, consistency, and precise punch selection… Soon we will see how well Tyron can swim,’ Paul wrote on Instagram.

Nandrolone is the drug of choice for potential performance-enhancing effects

OLIVER HOLT: What can we still believe from this golden era...

Ralf Rangnick says he’s had no approach from England since Sam...

Anthony Joshua On Deontay Wilder “He Struggles At The Top Level.”