Cristiano Ronaldo and Renato Sanches were recalled to the Portugal squad after injury on Thursday as coach Fernando Santos urged the European champions to switch out of party mode.

Santos, naming his players for next month’s World Cup qualifiers at home to Andorra and away to the Faroe Islands, believes his players were not fully switched on when they began their campaign with a 2-0 defeat in Switzerland.

‘We have to get out of European champion mode, that party mode, that state of relaxation,’ Santos told reporters. ‘That cannot happen again.’ 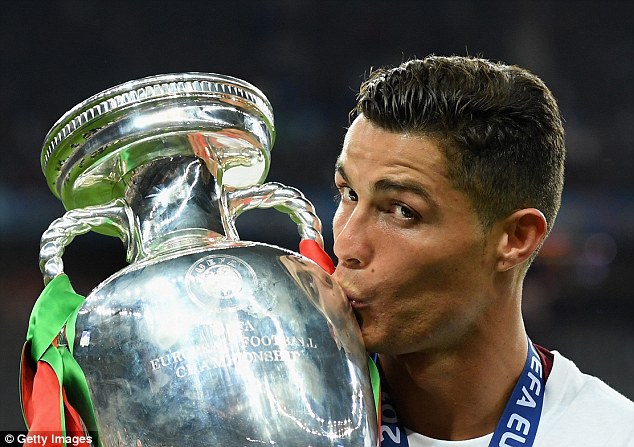 Ronaldo, pictured with the trophy, is back in the Portugal squad after a knee injury 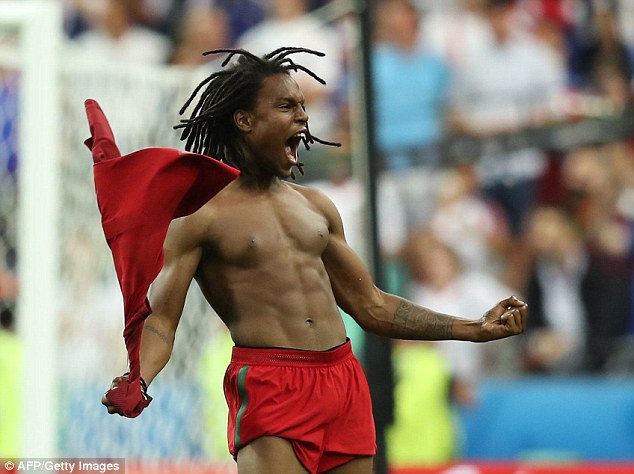 ‘We have to remember that the qualifying competition is very different from a tournament. We don’t have 50 days together and the sense of togetherness that goes with it,’ he added.

‘We play once a month and then the players go back to their clubs.’

Portugal captain and record scorer Ronaldo and midfielder Sanches missed the Switzerland match because they had not fully recovered from injuries sustained during Euro 2016. 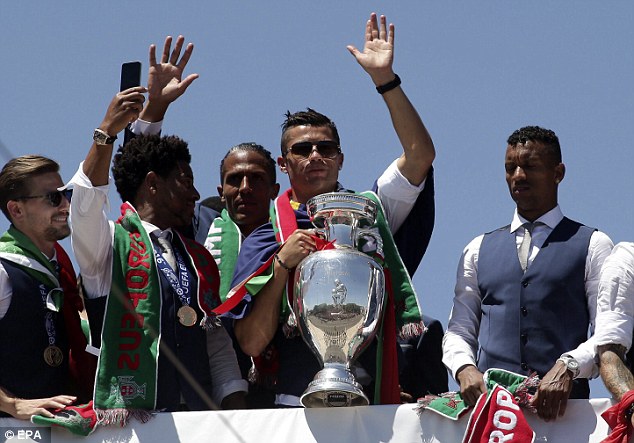 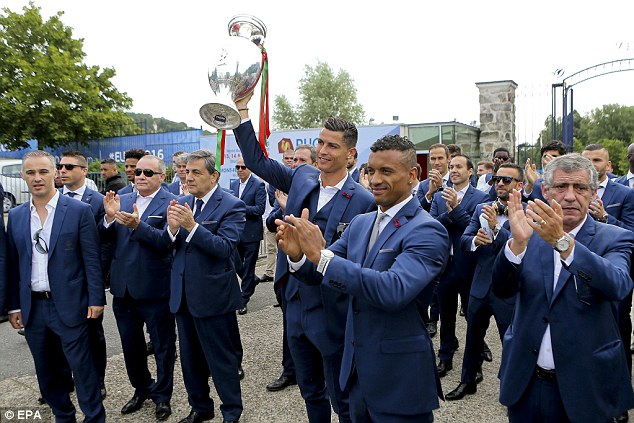 But Santos said it was not just their presence that would make Portugal stronger.

‘I wouldn’t say the team is stronger just because Ronaldo is here but because the other players have played more, have worked more and have trained more. That was one of the problems of the match against Switzerland.’

Sporting forward Gelson Martins is the only uncapped player in the squad. 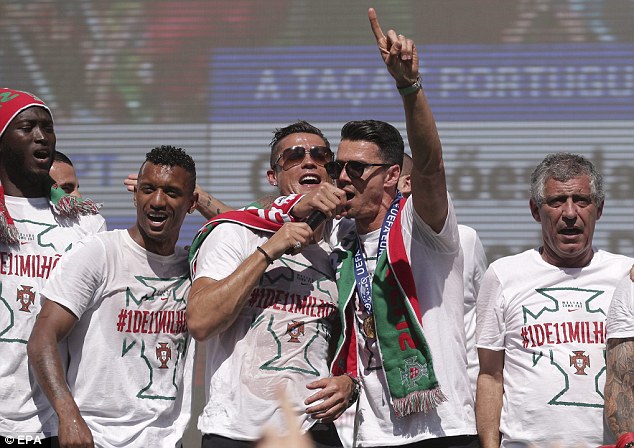 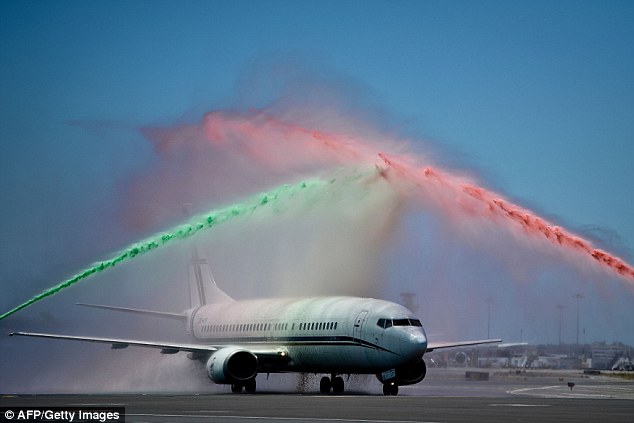 Santos warned that the Faroes would play in a similar manner to Iceland, who held Portugal to a 1-1 draw in their opening match at Euro 2016.

‘They are a very well-organised team. They will cause trouble and we have to be on our guard. If we respect them as we did with our opponents during the Euros, we will win; if we are not careful, we will be left with a bad taste.’

PORTUGAL SQUAD FOR ANDORRA AND THE FAROE ISLANDS

Real Madrid ‘is the latest club to express an interest in...

Leeds ‘approach to sign Chelsea’s Conor Gallagher on loan, and are...